The Somerset Masonic Cycling Association (SMCA) had a very enjoyable morning of cycling on the 19th November.  They met up in Langport (‘Centre of the Known Universe’) and the home of the World Famous Hanging Chapel.  It was a chilly start with the temperatures around 2° C, so plenty of layers were needed.  However, the sun was out, it soon warmed up and the morning turned into a beautiful Autumnal day, with just a light breeze and beautiful sunshine.  The Peloton was eight strong, with members from all around the Province, which set off for another tour of the beautiful Somerset Levels.

Leaving Langport they headed towards the hamlet of Muchelney, which takes in spectacular views across the flooded levels and then passed through some lovely scenic Somerset villages including Ash and Martock.  They cycled through Martock and over the A303 to Stoke Sub Hamden at the base of Ham Hill. Mike Norton led a small party on the hill climb to the top to enjoy a spectacular view, where you could make out Brent Knoll in the distance!  The others cycled to the pit stop at the Deli Ranch at Parrett Works for some much needed refreshment.  They then set off via East and West Lambrook towards Burrow Hill (home of Somerset Cider Brandy) and back to Langport via Drayton.

The stats of the ride were distance 43km, elevation gain 350m, average speed 20km, and a max speed of 52km. Another very enjoyable ride out for the SMCA.

The next SMCA ride will be 4th December at 0900 for 0930 starting from Yatton Masonic Hall. 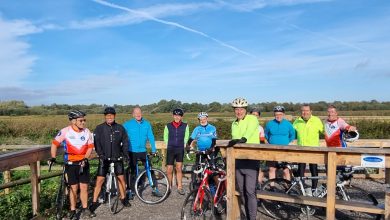 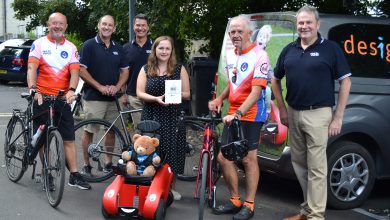 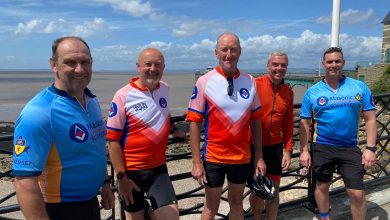 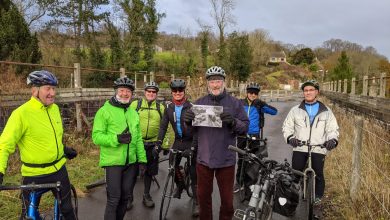 SMCA December ride down the line!