On Friday 23rd September Reg Ferm was presented with Honorary membership of The Vale of Jehoshaphat Chapter 291, in Burnham on Sea. “Reg has been an exemplary Mason over the years and it was a great pleasure to present him with this honour” said Trevor Cooper.

Reg said in all his years he had never seen a certificate like this and he would treasure it for as long as he is able.

Trevor presenting the Honour to Reg, they chose to do this sitting down as it fell more apt, said Trevor as Reg is still recovering from illness. 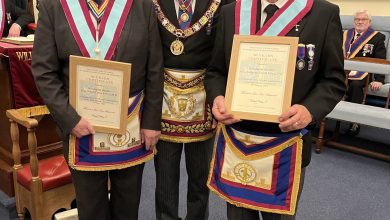 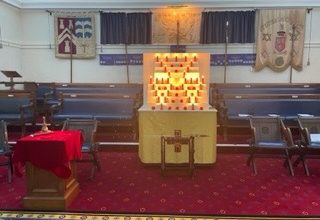 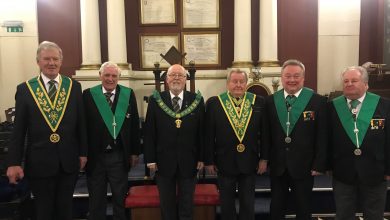