Thankfully, the weather on the afternoon Sunday 14th July 2019 proved to be just perfect for the occasion of the Exmoor Lodge 2390 Charity Barbecue.

Bright sunshine and a cooling light breeze greeted over 90 guests at the event which was held in the paddock at the rear of the home of W.Bro Clive Dunster and wife Sandy at Bilbrook near Minehead. A goodly number of Brethren, their partners, family members and guests were able to relax with a drink in the shade of the party marque and parasols whilst traditional barbecue fayre was being prepared on the large charcoal barbecue by Exmoor’s current W.M. Andy Baird and Clive Dunster.
Meanwhile, Andy’s wife Heather and Sandy perfectly choreographed the arrival of oven-cooked chicken, the fish and vegetarian options as well as presenting salads and then fruit puddings for dessert. Beautifully done ladies. Couldn’t have done it without you!!

A prize draw was well supported with generous donations of prizes and the participation of those present. Thanks to Clive and Sandy’s daughter, Katey and daughter-in-law, Sammy for dealing with the draw.

In all, just over £900 was raised, with profits being shared between the W.M.’s chosen local charities and the Minehead Masonic Hall Company Building Fund.

The event turned out to be the social, culinary and fundraising success that Andy had hoped it would be.

He sincerely thanks the guests and Brethren of Exmoor and neighbouring West Somerset Lodges for their generous support. A contingent from Royal Somerset Lodge 973 in Frome had also made the long journey in support!

An event such as this requires a tremendous amount of planning and preparation in order for it to appear seamless and relatively effortless on the day.
Success would not have been achieved without Clive and Sandy Dunster’s generosity in providing the venue and marquees together with their (and other family members) time and hard graft in preparing and then returning things to normal afterwards. 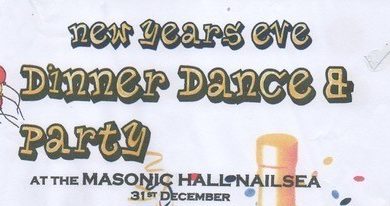